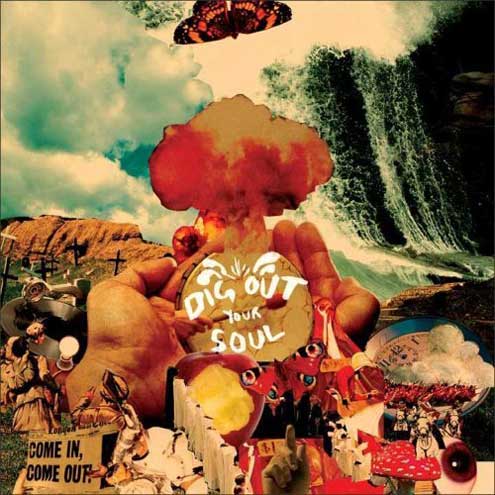 I pretty much forgot about Oasis between 1996 and oh, about six weeks ago, when I noticed Los Bros. Gallagher would be releasing a new record on one of the weeks I had a pair of CD reviews due. I liked their first two albums, and it turns out I like their new one, too. If you care about this band at all, you doubtless already know that songwriter/guitarist Noel Gallgher was injured after some guy stormed the stage and shoved him into the audience at the Toronto Virgin Mobile Festival last month. I’m going to check out their show at the Patriot Center with Ryan Adama just a few days before Christmas.
Incidentally, I have a bootleg of Oasis recorded at the Patriot Center in 1996. What moved me to buy this at Salzer’s Records in Ventura a few years back, when I never was an Oasis superfan? Your guess is as good as mine. It never took much arm-twisting to get me to open my wallet at Salzer’s. I also had that CD single of an incredibly profane argument/fistfight the Gallgher brothers got into on (I think) British radio in the mid-90s. Don’t know why the hell I would ever have owned that, either.

Rachel Yamagata’s Elephants . . . Teeth Sinking into Heart is apparently a double CD, though my advance of it collected all 14 of its tracks on a single disc. The two-disc strategy is to emphasize the binary nature of its slow half and fast half, I guess. But the slow half is almost twice as long as the fast half. 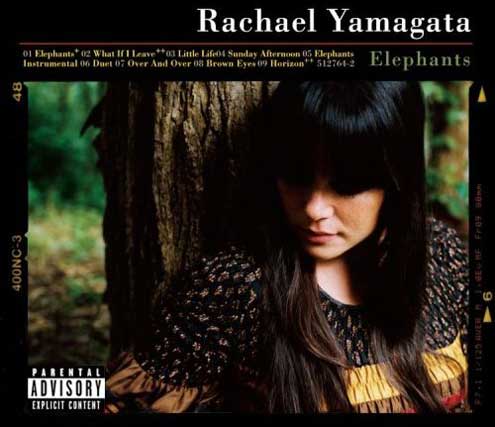