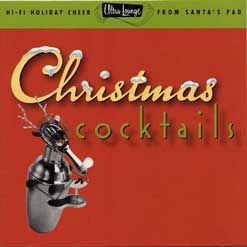 Time was, I allowed myself one Christmas-album purchase per year. In 2003, it was the immortal James Brown’s Funky Christmas, or the latest “Millenium Collection” compilation containing its key tracks (“Go Power at Christmas Time,” “Soulful Christmas Tree,” “Santa Claus, Go Straight to the Ghetto”). In 2005, it was Christmas with Johnny Cash, which is an innumerable reissue of previously-released material, too. 2006’s big splurge was Sufjan Stevens’ set of five Christmas EPs, a purchase that continues to pay rich dividends. (But I might have bought A Jolly Christmas with Frank Sinatra that year, too.)

2006 saw the first of my annual Christmas compilations, which are probably the reason things are just really geting out of hand now, with me buying different compilations by the same artists, for crying out loud.  I’m way over $50 since this year’s CD, Santa Claus and Popcorn, was finished:

Let’s not even talk about the individual-track purchases, or the tunes obtained via torrent. I must be stopped.

(And now another dozen years beyond that.)

U2, the oldest (well, longest-standing), sacredest of my sacred cows, will release No Line on the Horizon, their 12th studio album, on March 3, and you’ll be able to spend as much money as you want on the thing. (A pay-what-you-will, just-the-music download edition a la Radiohead would be the decent, tasteful thing for U2 to do — they can easily afford it — but it ain’t gonna happen.)

I’ve long believed U2 to be superstitious about the months in which they drop albums, and their long-awaited latest was originally rumored to be a November release — like 1991’s Achtung Baby, 2000’s All That You Can’t Leave Behind (which actually came out on Halloween, as I recall, which is almost November), and 2004’s How to Dismantle an Atomic Bomb.

The Joshua Tree, still U2’s most beloved and iconic album despite strong competition from Achtung, was a March release, way back in 1987. But the new record will be U2’s first March record since — gasp! — 1997’s POP.

Am I going to re-open the debate about U2’s most controversial album? Hell, no. (But if you feel like delving into that, you can stop by Carrie Brownstein’s superb Monitor Mix blog, where she recently suggested that POP and the subsequent PopMart Tour — which I saw four times! — might stand as a textbook case of shark-jumpery.) I just hope No Line on the Horizon isn’t an overhyped, undercooked, and yet still ultimately underrated album that we’re all still fighting about in 2021. That seems to have been POP ‘s fate, though it still gets revived and defended in unlikely places by unlikely people. The Imposter, for example. His cover might be the definitive version of “Please.”

That U2 played “Sunday Bloody Sunday” every night on their last two tours after having rendered the 1983 song all but obsolete with “Please” in 1997 is just straight-up pandering, Man. At least play both!

Because Christmas Is a Dish Best Served Weird… 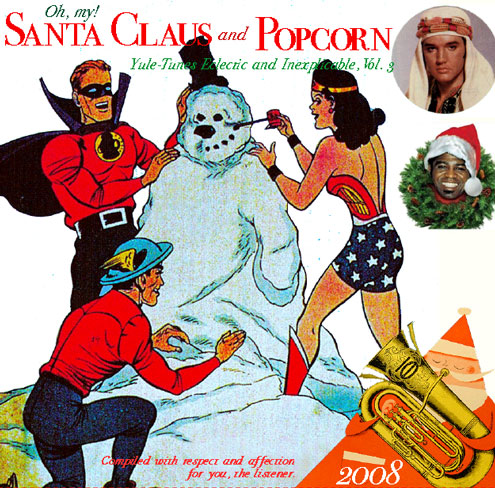 Santa Claus and Popcorn, the third in my annual (so far) series of radio Christmas cards featuring yule-tunes eclectic and inexplicable (TM), is now sliding its merry way down chimneys around the globe. 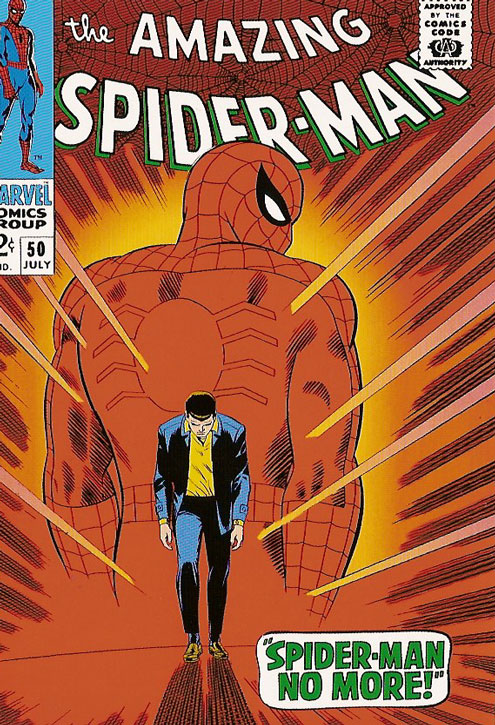 I’ve got a preview in the Weekender of the apparently quite popular Music of Andrew Lloyd Webber. Turns out the show’s Phantom (among other roles), Ron Bohmer, is an unreformed comic book geek, just like me.

I keep forgetting that Bono and Edge wrote the music for the budget–busting Julie Taymor Spider-Man, or rather, Spiderman, a distinction of great significance. Because I don’t want to believe it. I mean, I like U2, Taymor, and Spidey separately, but all together? Sounds like bacon and ice cream.

Media Mix XXIII: The Point of It All

Next week’s Sunday Source will be the section’s swan song, which means this is my last edition of Media Mix, a gig I took on back in January. So I did it for one full year. Nice symmetry there.

Take it away, Anthony Hamilton.

A Mann-ly Little Christmas, with a Vengeance

After more than a year of preamble (don’t ask), my first piece for Express is a short preview of Aimee Mann’s 3rd Annual Christmas show, pulling into the Birchmere on Monday. I enjoyed the prior two interations of this, I liked Smilers, Mann’s new album for this year, and I find her to be an engaging personage in general. So that’s a quadruple recommendation right there.

Reviewed for the Paper of Record. Brought Moms along, seeing as it was on her birthday.

ENCORE:
21 Ordinary People
22 If You’re Out There

Hayes Carll at the RnR Hotel 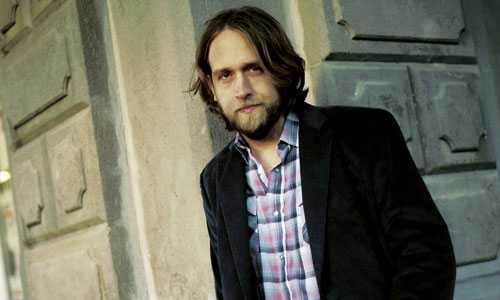 Reviewed for the Paper of Record.

For the Coal Miner’s Daughter, a Family Affair

Patsy Lynn & Peggy Lynn:
03 All I Gotta Say About That
04 Tulsa Time 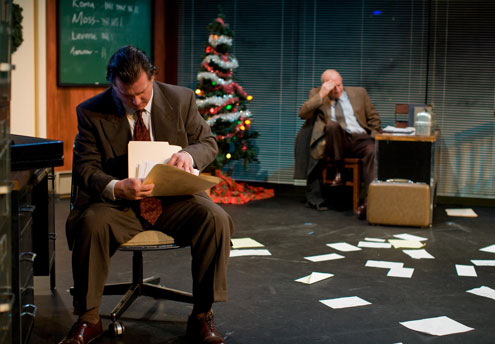 I talked to Jeremy Skidmore about his Keegan Theatre revial of David Mamet’s classic of manly desperation, Glengarry Glen Ross. Haven’t seen the production yet, but Celia Wren seemed to like it.

A couple days after I filed this, the new Fall Out Boy album came to me for review in what it turns out will be my final installment of Media Mix (as that part of the paper is going away come the new year), complete with a tune called “Coffee’s for Closers.” No obvious connection to the play, but perhaps I haven’t listened closely enough to Fall Out Boy. There is always that risk.

(Yes, I am well aware that All My Sons is by Arthur Miller and not David Mamet.)

Understand me, Panic at the Disco: Liking you better than Akon is not the same thing as liking you liking you. Okay?