Wherein I return to Pop Culture Happy Hour, and everyone attempts a Schwarzenegger impression except me. 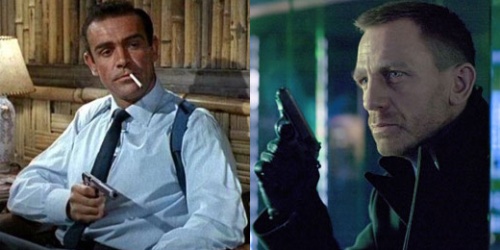 I was delighted to appear on Pop Culture Happy Hour again last week. (Listen here, you.) The show’s A-topic was movie action heroes, inspired by the publication of Arnold Schwarzengger‘s memoir Total Recall (which I’d only half-read prior to taping, on account of its 624-page girth and the fact I’m reading it in tandem with Salman Rushdie‘s equally substantial memoir Joseph Anton) and, I thought, Taken 2 (which I haven’t seen, and won’t, unless it turns up on Encore Action at 11:30 p.m. on a Tuesday eight months from now).

If they’d asked anyone but me to come discuss this topic, I’d have been crushed like Sarah Connor crushed the T-800’s microprocessor-controlled hyperalloy endoskeleton in a hydraulic press.

It turns out that the first half of Arnold’s book is a lot less annoying than the second half.

Happily, Taken 2 did not come up at all.

I’d come prepared to talk about the evolution of the cinema action hero: How the men (usually) of violence, reluctant or not, whose adventures fill seats around the world grew out of a conflation of the gangster pictures that dominated the 1930s and the westerns of the 40s and 50s. In 1962, James Bond arrives onscreen; by 1969, Bond one-timer George Lazenby is watching Telly Savalas (in his sole appearance as one of the series’ recurring characters, cat-loving Bond nemesis Ernst Stavro Blofeld) break his neck on a low tree limb during the film’s climactic fight atop a bobbing bobsled (!) and observing, “He’s branched off!”

The 1970s were a less glib action-film era if we discount the Roger Moore Bonds (and please, let’s), although in the Blaxploitation films we have the most verbal action movies ever, probably. (I should’ve mentioned that on the show.) Dirty Harry had a way with a wry line in his three movies made during that decade. His most famous quip, “Make my day,” doesn’t show up until Sudden Impact in 1983.

The 80s are when the sardonic quip reaches full maturity and immediately begins to decay. Now we’re back in recession mode: Jack Bauer, Kiefer Sutherland‘s existential counterterrorism operative in the Fox TV show 24 never quipped, only suffered — just like Jason Bourne and Daniel Craig‘s 21st-century Bond (thought that might be changing when Skyfall comes out in a few weeks; we’ll see) and Christian Bale‘s Batman. Raylan Givens on the great F/X TV show Justified might be the last action hero standing with a sense of humor about himself — at least until my mentor and life coach John McClane returns in the fifth Die Hard installment early next year. 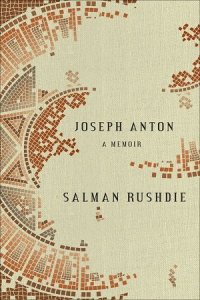 I got to say some of that. It’s a conversation, not a lecture, and we were pinballing from subtopic to subtopic, bringing in a lot of films that I consider to belong to other genres. Stephen Thompson brought up Ridley Scott‘s Alien, and Glen Weldon named RoboCop as his favorite action film. I could probably quote both of those films almost word-for-word, such is the depth of my affection, but to me Alien is a sci-fi/horror picture and RoboCop is a sci-fi satire — albeit one with an only slightly futuristic urban-crime milieu that makes it very easy to consider as an action film.

Released in 1987, RoboCop never tells us what year it’s set in, but I think it’s an earlier one than 2012. Glen used a line from it to make a point that context matters more than the actual words when a quip is deployed appropriately, citing the line “thank you” from the movie’s final scene. My favorite line from that film has always been from the scene right before that one, when RoboCop — who by this point has ditched his helmet and reclaimed his human name, Murphy, along with his human mug — tells his wounded partner, “They’ll fix you. They fix everything.” That line always reminded me of Billy Wilder and I.A.L. Diamond‘s epigram from Some Like It Hot: “Nobody’s perfect.”

Probably the weirdest thing about the episode is how I did not attempt a Schwarzenegger impression. I have a decent one, on account of the long hours of study and practice I’ve devoted to perfecting it since about 1988. Thompson demurred from doing his, saying that it would just be a Rainer Wolfcastle from The Simpsons, which I appreciated.

But my friend-for-life Glen “‘Tis All of a Piece” Weldon‘s Schwarzenegger is also clearly a Phil Hartman-as-Wolfcastle that bears about as much resemblance to the Austrian Oak as Danny DeVito did in Twins. Worse, the lines he quotes are all from Batman and Robin, which, I mean, come on man, play fair. You have to quote from an actual Schwarzenegger vehicle. I know he’s seen one: I sat with him at a rooftop screening of Predator once, though he later misidentified the film as Commando and seemed blithely untroubledby this error when I pointed it out.

I also plugged the Drive-By Truckers song “Women Without Whiskey,” written and sung by the great Mike Cooley; and the other Bruce Springsteen album featuring a cover photo by Annie Liebovitz, the underrated Tunnel of Love; and Joe Haldeman‘s classic sci-fi novel The Forever War, from whence comes this excerpt with which I shall take my leave of you, O Constant Reader:

Everyone is drafted into UNEF at the age of twenty. Most people work at a desk for five years and are discharged. A few lucky souls, about one in eight thousand, are invited to volunteer for combat training. Refusing is “sociopathic,” even though it means signing up for an extra five years. And your chance of surviving the ten years is so small as to be negligible; nobody ever had. Your best chance is to have the war end before your ten (subjective) years of service are up. Hope that time dilation puts many years between each of your battles.

Since you can figure on going into battle roughly once every subjective year, and since an average of 34 percent survive each battle, it’s easy to compute your chances of being able to fight it out for ten years. It comes to about two one-thousandths of one percent. Or, to put it another way, get an old-fashioned six-shooter and play Russian Roulette with four of the six chambers loaded. If you can do it ten times in a row without decorating the opposite wall, congratulations! You’re a civilian.

It was all great fun and I hope they’ll have me back on soon to discuss one of my other areas of expertise.

NOTE TO SELF: Cultivate other areas of expertise.