Touchable: No God, No Master, reviewed. 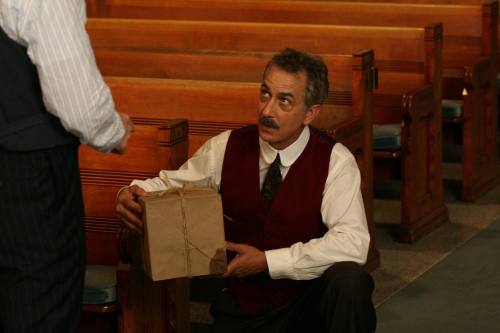 Terry Green’s low-budget, high-ambition Prohibition-era conspiracy thriller No God, No Master isn’t quite The Untouchables, but then again, what is? I admired the movie’s overreach in my review for The Dissolve.

Ray Wise is in the film, too. I met him in 2004 or 2005 when he appeared in a short film directed by a pal of mine. He very kindly indulged my request for Paul Verhoeven stories. Nice guy.

Handle with Care: Cool Hand David Strathairn defuses a package bomb in No God, No Master.

This entry was posted in movies and tagged David Strathairn, film reviews, Ray Wise, Terry Green, The Dissolve, The Untouchables. Bookmark the permalink.