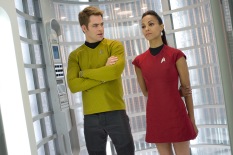 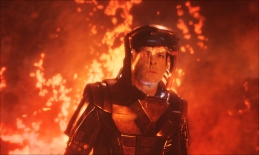 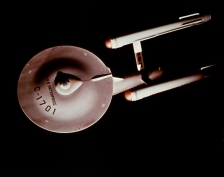 The September issue of Air & Space / Smithsonian, featuring the cover story I desperately wanted to call Warp Corps — because it’s about a corps of people whom Star Trek has inspired and influenced, you see — is now on sale at the National Air and Space Museum (both locations, on the National Mall and at the Steven F. Udvar-Hazy Center in Virginia) as well as at Barnes & Noble stores and the digital retailer of your choice. You can read the feature here. Also, I’d love it if you would come buy a copy of the magazine from me for a paltry one-time fee $6.99 at the Museum during its three-day celebration of Star Trek‘s 50th anniversary. The event kicks off at 7 p.m. on Thursday, Sept. 8 — the evening the Original Series episode “The Man Trap” was first broadcast on NBC.

We expanded Star Trek resident linguist Marc Okrand’s contribution to the feature into a thrilling one-take video where you can hear him speak a little Klingon while I struggle with English.

I reported on how the U.S.S. Enterprise studio model used in the Original Series ended up in the Museum for WAMU’s Metro Connection in 2013.