As featured in the New York Times, sort of: Take my 2001: A Space Odyssey Quiz!

You may have read in the New York Times that Pal-for-Life Glen Weldon and I gave a “sparsely attended” talk about the origins and legacy of 2001: A Space Odyssey at the National Air and Space Museum on Saturday night. An official talk. Inside the museum. We weren’t just accosting passersby on Independence Ave. and bloviating at them or anything like that. Heaven forfend! 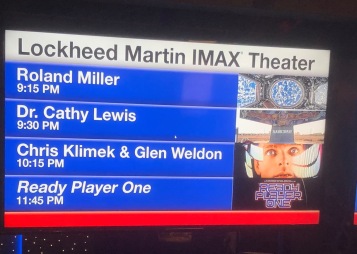 The event was a Yuri’s Night party hosted by the website/nightlife concern Brightest Young Things. There were bars, DJs, silent discos, and lots of people in costume.

Ready Player One was showing in the Lockheed-Martin IMAX theater right after Glen and I finished, so I thought it would be thematically sympatico with that film for me to challenge our audience, sparse or otherwise, with some low-stakes nerd trivia pertinent to 2001. Those who answered one of these questions correctly after raising their hands and being called upon—this is not ‘Nam, there are rules—won a free copy of the September 2016 issue of Air & Space / Smithsonian (where I was then and still remain employed as an editor) featuring my cover story on the 50th anniversary of Star Trek. The cover should have said Warp Corps, and I apologize again for the fact that it does not. I lost that fight. It’s been two goddamn years and I’m still not over it.

Anyway, here are my trivia questions. 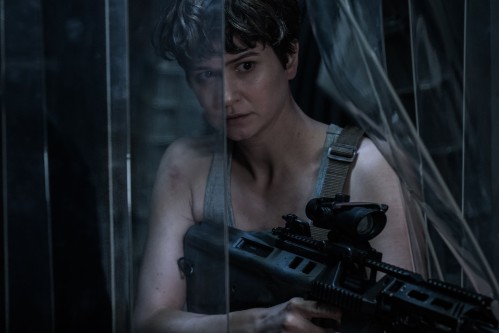 My fanboyish impulses mostly come out whenever there’s a new ALIEN. Mostly.

I tried not to splash too much corrosive blood on the deck in my dissection of Alien: Covenant.

The Yule Prologue: Rogue One: A Star Wars Story, reviewed. 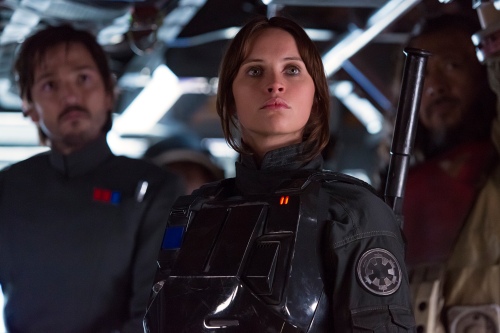 My NPR review of what is probably the second-most-review-proof movie of the year after Captain America: Civil War (which I reviewed) is here. 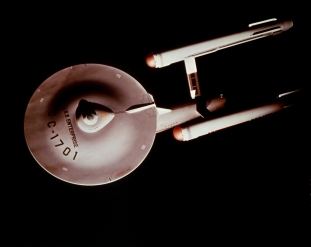 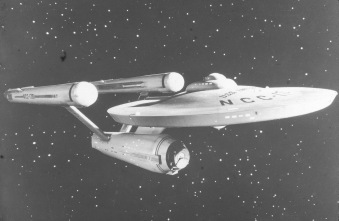 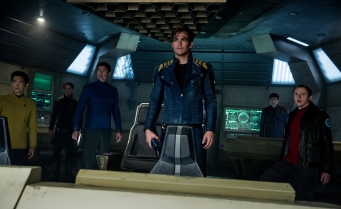 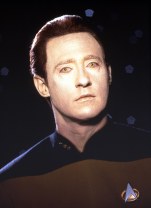 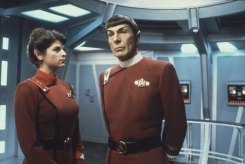 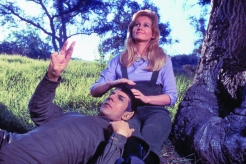 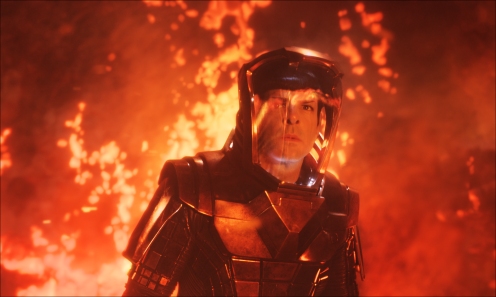 The September issue of Air & Space / Smithsonian, featuring the cover story I desperately wanted to call Warp Corps — because it’s about a corps of people whom Star Trek has inspired and influenced, you see — is now on sale at the National Air and Space Museum (both locations, on the National Mall and at the Steven F. Udvar-Hazy Center in Virginia) as well as at Barnes & Noble stores and the digital retailer of your choice. You can read the feature here. Also, I’d love it if you would come buy a copy of the magazine from me for a paltry one-time fee $6.99 at the Museum during its three-day celebration of Star Trek‘s 50th anniversary. The event kicks off at 7 p.m. on Thursday, Sept. 8 — the evening the Original Series episode “The Man Trap” was first broadcast on NBC. END_OF_DOCUMENT_TOKEN_TO_BE_REPLACED 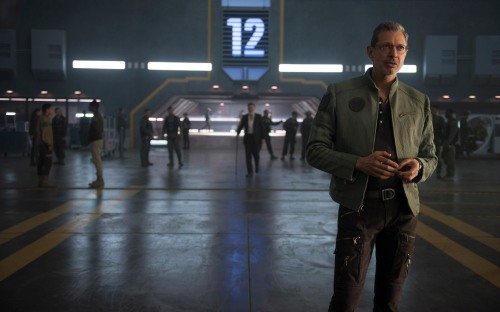 The barely-screened-for critics Independence Day: Resurgence is not by any stretch a good movie, but neither was Independence Day, a film I saw at least twice and possibly three times during the grim summer of 1996. I’d even go so far as to say I enjoyed this barely-coherent follow-up a little more. Here’s my alien autopsy, for the Village Voice.

END_OF_DOCUMENT_TOKEN_TO_BE_REPLACED

Prose and Retcons, or Don’t Fear the Rewind, or Mulligans’ Wake

“Well, everyone knows Ripley died on Fiornia-161. What this ALIEN movie presupposes is… maybe she didn’t?”

I have a long, long “Exposition” essay up at The Dissolve today inspired by (uncertain) reports that District 9 director Neill Blomkamp’s upcoming Alien movie may be a ret-con scenario that undoes the events of 1992’s Alien-little-three, or Alien Cubed – anyway, the one where Ripley died. The piece is about retconning in fiction in general, and why it doesn’t much impair my ability or inclination to suspend my disbelief at all.

If you’re quite comfortable in your chair, and you’re stout of heart and nerdy of temperament… Onward! 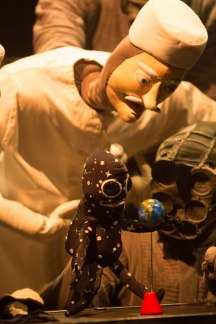 If this summer’s crop of megabudget blockbusters aren’t floating your barge, perhaps you’ll take to heart my unequivocal endorsement of Baby Universe, the whimsical and yet nourishing sci-fi puppet show now at Studio Theatre that achieves grand scale via modest means.

The piece is a co-production of Nordland Visual Theatre and Wakka Wakka, the same consortium that did Fabrik, a similarly dark and ambitious, not-necessarily-for-kids puppet play I saw in New York five years ago. These groups are really good at coming up with unlikely material that suits their chosen medium perfectly; it’s hard to imagine what the live-action version of these shows would look like. Anyway, Baby Universe is in town through July 14. 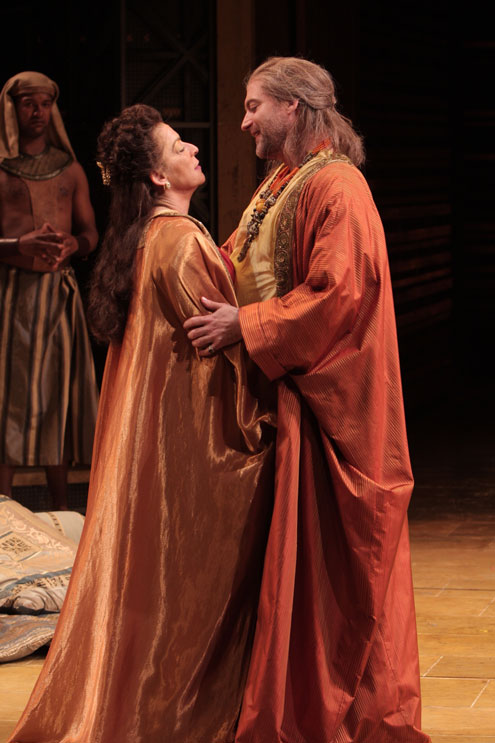 Suzanne Bertish and Andrew Long as the titular star-crossed lovers in Antony and Cleopatra. Photo by Carol Pratt.

Either because I am remarkably prolific or because I am distressingly lazy, my reviews of the Shakespeare Theatre’s Antony and Cleopatra and of the X/Detroit Cobras double-bill at the 9:30 Club last Wednesday ended up on DCist the same day. The Friday preceeding Memorial Day weekend, in fact. Given that I posted them both after lunchtime, I’m confident that tens and tens of people read both trenchant works of art criticism. 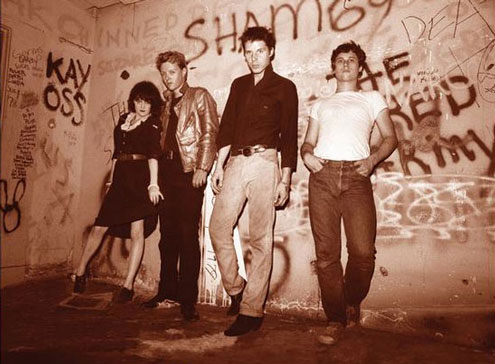 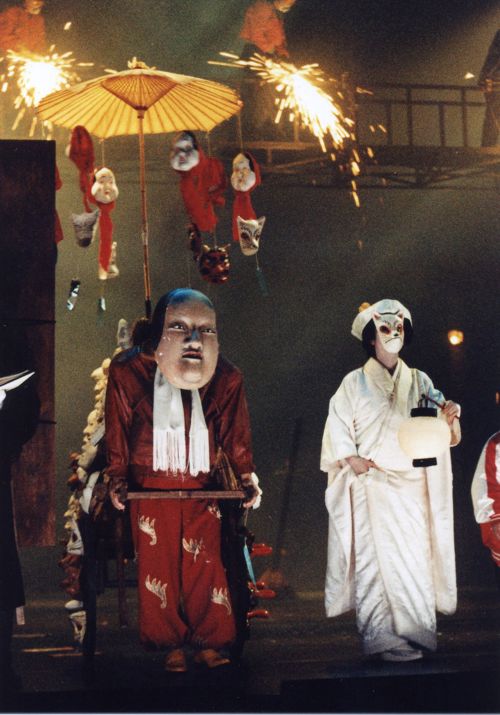 I expanded upon my reaction to Yukio’s Ninagawa’s Shintoku-Maru for DCist. 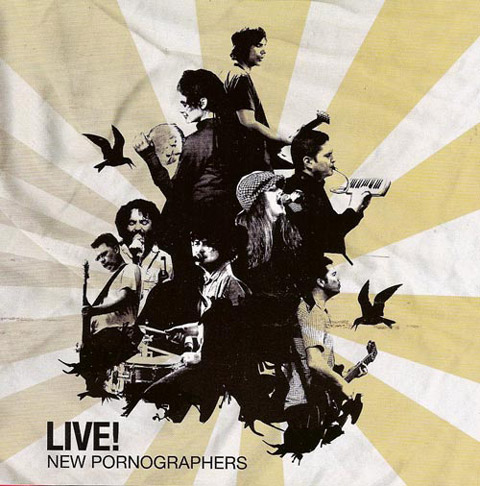 My review of the New Pornographers’ mighty-fine Saturday night show at 9:30 is in today’s Paper of Record. It ends in the middle of a sentence, which is my little — very little — joke.

You can listen to full show courtesy of NPR here.

01 All the Things That Go to Make Heaven and Earth
02 Use It
03 Myriad Harbour
04 The Electric Version
05 All the Old Showstoppers
06 Jackie, Dressed in Cobras
07 Challengers
08 The Laws Have Changed
9 The Spirit of Giving
10 My Rights Versus Yours
11 Mass Romantic
12 Adventures in Solitude
13 Testament to Youth in Verse
14 Unguided
15 Twin Cinema
16 Go Places
17 Sing Me Spanish Techno
18 The Bleeding Heart Show

Or “judgement” day, but I’m going with the spelling used by the producers of the Greatest Film of All Time, which of course I don’t need to tell you is James Cameron’s 1991 apocalypse-contraception epic, Terminator 2: Judgment Day.

In 1992, I got my driver’s license and French-kissed a girl for the first time. But the highlight of 1991, the year of Achtung Baby and Use Your Illusion I and II (I wouldn’t buy Ten for a year, or Nevermind for several more after that), was definitely T2. It was the first film for which I bought the screenplay. I’ve lost count of how many times I’ve re-purchased the film each time a new VHS or DVD edition was released. 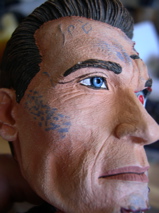 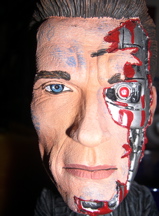 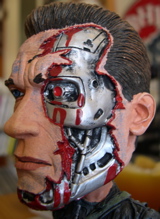 August 29, 1997 is the day that film told us half of the human race, give or take a few million, would perish in a nuclear exchange instigated by SkyNet, the artificial intelligence network entrusted with all the assets of the U.S. military. When SkyNet unexpectedly becomes self-aware, it decides that its human masters are a threat and takes preemptive action. You’ve all seen the movie. The 2003 release Terminator 3: Rise of the Machines, revises the date of Judgment Day for obvious reasons, having an aging Arnold tell us, “Judgment Day is inevitable” and actually letting us see the beginnings of it in a surprise downer ending. But T3, although a decent-ish genre flick if not compared to its two brilliant precursors, was neither written nor directed by James Cameron, the auteur behind the first two, so it ain’t part of the canon as far as I’m concerned.

Anyway. We’ve lasted another ten years. Congratulations, everybody! Does that mean Michael Jackson is 50 today?

Behold the first installment of my tenure at the Examiner‘s ArtLife desk. We’ll see how it goes. Depending on how your PDF viewer gets along with your web browser, you may have to select page 23 from the menu at left. I got a nice blurb on the cover, though, featuring Leger’s The Mechanic, which we reproduce below for your cultural enrichment and viewing pleasure. 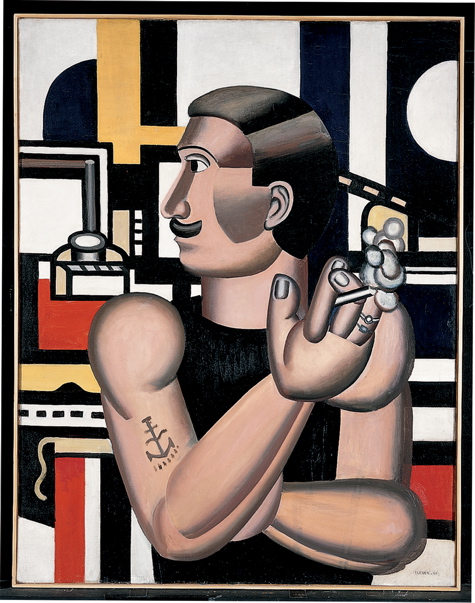