The Spies Have It: Mission: Impossible — Rogue Nation, reviewed. 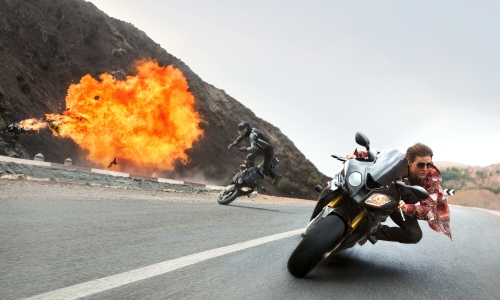 The Mission: Impossible film series is 19, long enough in the tooth for its earlier installments to start to acquire the same time capsule effect that makes me love even the worst James Bond movies. I watched Brian De Palma’s 1996 Mission: Impossible the night after I saw the new one, subtitled Rogue Nation, and John Woo’s barely-related 2000 M:I-2 the night after that. Yep, blockbusters are different now.

Trying to articulate just how was part of the chore of writing my NPR review of the fifth impossible mission, from Jack Reacher writer/director Christopher McQuarrie. Short version: I liked it. But I had more thoughts about it than I could shoehorn into the review, so here’re a few outtakes. END_OF_DOCUMENT_TOKEN_TO_BE_REPLACED