The Boss-tic Gospels: Blinded by the Light, reviewed.

My abiding love and respect for the work of Bruce Springsteen is a matter of public record and of a couple dozen records. But I must report to you that Bend It Like Beckham director Gurinder Chadha’s new movie Blinded by the Light, about how The Boss inspired Pakistani-British journalist Sarfraz Manzoor to pursue his dream of becoming a writer despite the poverty and racism that surrounded him in Margaret Thatcher’s England, is the jazz-handsy Springsteen jukebox musical that Springsteen on Broadway was supposed to protect us from. It boasts some wonderful performances, though, as well as a previously unreleased Springsteen song that at one point was going to appear on the soundtrack of… Harry Potter and the Sorcerer’s Stone. Huh.

Anyway, my NPR review of Blinded by the Light is here.

Air-Conditioned Fun in the Summertime: 10 Movies I Want to See in the Next Three Months

Rob Brydon & Steve Coogan reunite with Michael Winterbottom in “The Trip to Italy.” 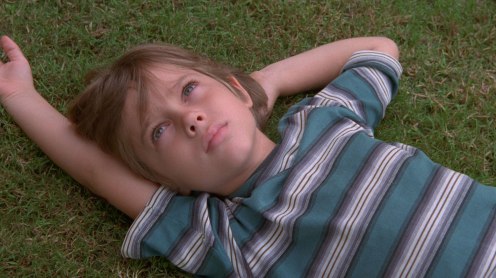 Time was, the summer movie season — when blocks got busted and Oscar contenders got out of the way — began Memorial Day weekend and had shot its wad by mid-July. Once in a while you’d get a great late-summer picture, like The Fugitive, released Aug. 6, 1993 (and nominated for Best Picture, come to that.) But generally the big action pictures, which gradually gave way to the superhero flicks, needed six or seven weeks before kids got marched back into school so studios could benefit from repeat business.

In the 21st century, the summer movie season advanced to the first weekend in May, a date that in recent years has belonged to Marvel Comics adaptations, whether they’re made by Marvel Studios, like The Avengers, or by other studios, like the Spider-Man pictures (both the Raimis and the Webbs) from Sony, or the X-Men series, from Fox.