What a pleasure it was to speak with Simon Pegg, an actor and writer whose work I’ve long admired, for my day job with Air & Space / Smithsonian magazine. I’ve been overseeing a special section of our September issue commemorating the 50th anniversary of Star Trek, and I was especially keen to have Pegg — as the co-screenwriter of the new movie Star Trek Beyond, as well as one of its key cast members — be a part of our coverage. He was as enthusiastic and smart and funny as I’d dared hope. You can read the interview here, and my NPR review of Star Trek Beyond will be up Friday. END_OF_DOCUMENT_TOKEN_TO_BE_REPLACED

Loneliest Number: The Four of Us 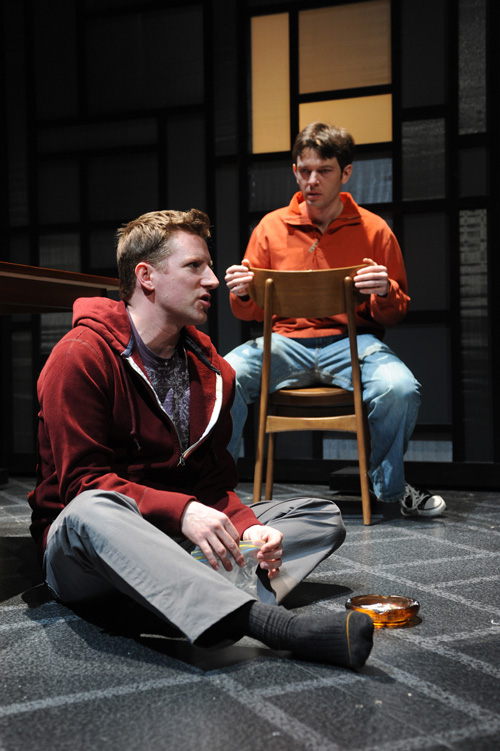 We’re supposed to forgive our enemies, drink less, play fair, love but one person at a time, measure ourselves not against others. When our friends succeed, we’re expected to be happy.

That is what is supposed to happen.

Of easy choices and pain-free obedience are boring stories made. Itamar Moses 2008 two-man-play The Four of Us is never dull, and given the picayune-ity of its stakes, that’s much more than the faint compliment it sounds like.

Moses’s deliberately paced narrative dissects a friendship among two boys-to-men over a ten-year period. We meet David and Benjamin in their mid-twenties. One’s a playwright, the other a novelist who, as comes to light during an increasingly fraught after-dinner chat, has just had the nullifying prefix “aspiring” blasted off of his title in spectacular, quit-your-day-job fashion.

David is still struggling, and Benjamin’s sudden promotion to a more rarefied realm of the cultural stratosphere — and his insufferable aloofness about it, believably conjured by actor Dan Crane — is tough for him to take. He worries aloud if his pal has considered that his $2 million payday mightn’t be, “in some way, totally spiritually corrupting.” It really isn’t about the Benjamins for Benjamin, but try telling that to a guy who doesn’t have any. END_OF_DOCUMENT_TOKEN_TO_BE_REPLACED

Sometimes the Movie Is as Good as the Book: Nick Hornby Interviewed, Part the Second 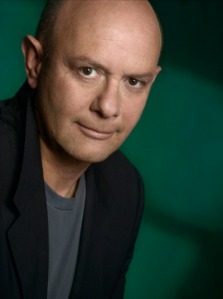 I spoke with the the great novelist and essayist Nick Hornby about a month ago, just prior to his swing through Our Nation’s Capitol to promote his swell new novel Juliet, Naked, which we discussed at some length. His other current release, the film An Education, for which he wrote the screenplay, opens here in DC at the Landmark E Street Cinema tomorrow. I haven’t seen it yet, but the great and good Michael Phillips of the Chicago Tribune and At the Movies tells me it’s “awfully charming.”

Herewith, the second part of our conversation, wherein we discuss his thoughts on the movies derived from his books, favorite music of the moment, and wither The Believer. END_OF_DOCUMENT_TOKEN_TO_BE_REPLACED